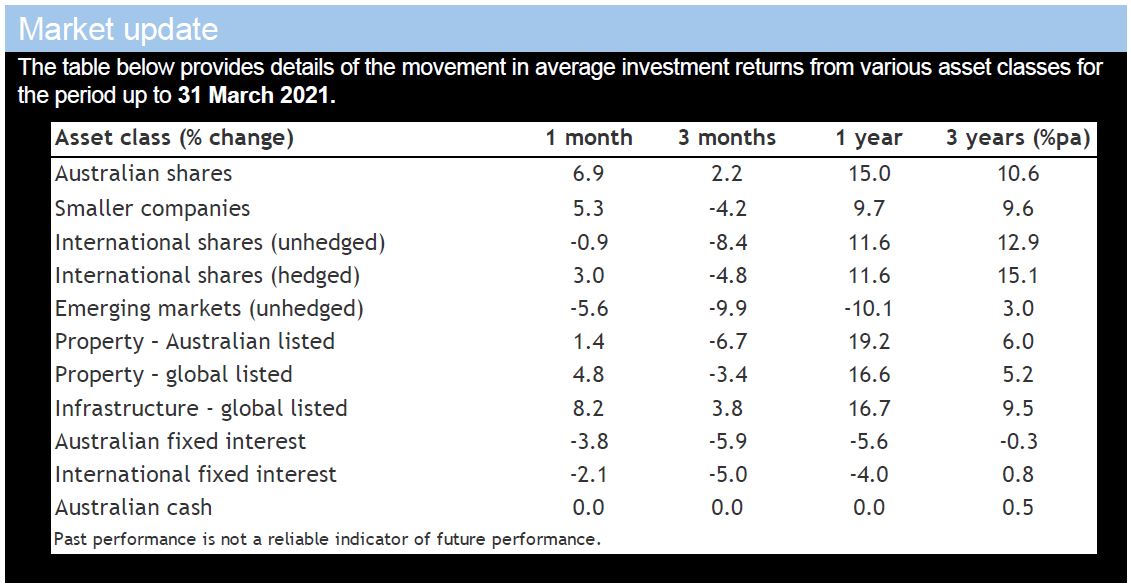 Softening economic data combined with rising and high inflation is continuing to keep markets on their toes. The continued conflict in the Ukraine and China’s zero covid-19 policy are acting as a drag on the global economy. China’s lockdowns including Shanghai, a city with around 26 million people, is impacting supply chains, while the conflict in Europe is impacting energy prices as well as industrial production in Europe.

Forecasters are cutting growth estimates for much of Europe by nearly half. German growth estimate has been cut to 2.2% from 4.0% previously with France and Italy being downgraded to 3.2% and 2.8% from 3.7% and 4.2% respectively. Similarly, US economic growth is expected to slow with some economists now predicting a recession in the next 18 to 24 months.

US inflation is expected to go over 8% with the next release of data. The conflict in the Ukraine has added to the already significant inflationary pressure with energy costs escalating markedly. Not only have oil and gas prices risen sharply but so to have coal and uranium prices.

The rising inflation story has evolved from markets believing much of the pressure is transitory to a more sanguine view that there may be some structural change to inflation occurring that could result in a sustained period of more elevated inflation than what the world has become accustomed to in the last 30 or so years. Bond markets continue to react to this evolving view.

Inflation is not as elevated in all parts of the world with China’s CPI expected to be 1.4% year-on-year when the March data is released. In Australia underlying inflation is still below the top of the RBA’s target range of 3%. However, the UK at 6.2% and Eurozone 7.5% are at multi- decade highs and the signs are clear that central bank will, if they have not already, be forced to adjust policy.

Part of the inflation story is labour market tightness and the prospect for wage growth to add to the inflationary pressures. Jobs growth in the US has been above 400,000 per month for eleven consecutive months and there are pressures on wage costs however in Australian while unemployment is now heading below 4% a level not seen since the 1970s wage pressures are not as high as the job growth is not as strong.

The already strained geopolitical environment is further complicated by elections in France as well as a range of peripheral European countries, the US midterm election later in the year and the Australian Federal Election in May.

The Australian share market (6.9%) was strong in March as improved local conditions combined with the increasing energy price and commodity prices more broadly to provide strong support to the Australian market.

Information Technology (13.2%) was the strongest performing sector however the quarter was weak with the decline over 13%, Energy stocks (9.8%) continued to perform strongly taking the return for the quarter over 28%. Material (8.9%) of which Resources (9.9%) is a subset also performed well in March. Health Care (2.5%) was the weakest sector followed by Telecom Services (4.2%) and Consumer Discretionary (4.2%).

International share (-0.9% unhedged) was weak with the main driver being currency moves as hedged International Shares only down (3.0%) saw gains through the month. The international market saw mixed results with Europe (-0.2%) slightly down with Germany (-0.3%) underperforming. The US S&P 500 (3.5%) was slightly outperformed by the tech heavy NASDAQ (3.7%).

Emerging markets (-5.6%) suffered from the conflict in Europe and the higher coal and oil prices. China (-7.2%) which has implemented tough lockdowns in Shanghai and at least 12 other cities suffered as a consequence. Brazil (5.9%) and India (4.1%) were strong outperformers in Emerging markets.

The corrections seen in market so far with the improvement in earnings have made the market multiples much more attractive although the higher growth parts of the market arguably remain elevated. The rotation into lower multiple companies has continued locally with Australian value (8.7%) outperforming Australian Growth (5.7%) in March. However, in international markets the rotation March saw growth (3.6%) outperforming value companies (2.7%), after a severe sell-off in the first two months of the year.

Yield curve inversion is where the longer-term rates fall below the short-term rates and is a bell weather for many that a recession is looming. The chart below shows the US government 10-year bond yield and the difference between the 10-year and the 2-year bond yield (the red line) as an indication of yield curve inversion. We can see that historically recessions have followed those points where the 10-year minus the 2-year has gone negative by around 18 months. We can also see that the difference in these yields is still positive and has not gone negative yet. Additionally other measures such as the 10-year yield less the Fed Funds rate are actually rising and so moving away from suggesting a recession is on the horizon.

Australian listed property (1.2%) was weaker than both the international property market (4.7%) and the broader local equity market. Australian industrial REITs (3.1%) aided performance with Goodman Group (3.1%) driving the outcome. Retail (0.4%) struggled despite strength seen in retail sales the benefit of no lockdowns during the month.

Global listed infrastructure (5.5) was among the top performing asset classes with some of its revenue stream subject to CPI adjustments thus acting as an inflation hedge. Oil and gas storage and transportation (4.0%) performed well due to the elevated energy prices.

This newsletter was prepared by Hillross Financial Services Limited (ABN 77 003 323 055 & AFSL No. 232705), an AMP group company. It is of a general nature only and any advice contained in the newsletter is not based on your objectives, financial situation or needs. Accordingly, you should consider the appropriateness of any advice to your personal circumstances before acting on the advice. Before you make any investment or financial decision, you should read the current Product Disclosure Statement and TMD available from Hillross or your financial adviser. Although the information contained in the newsletter was obtained from sources considered to be reliable, Hillross does not guarantee it is accurate or complete. The information in this newsletter is current as at time of publication and may change over time. No additional remuneration or benefits are paid to Hillross or its related companies or associates in relation to any advice contained in this newsletter. If you decide to purchase or vary a financial product, your financial adviser, Hillross and/or other companies within the AMP group or associates of Hillross will receive fees and other benefits, including fees calculated as a percentage of either the premium you pay or the value of your investment. Further details are available from your adviser or Hillross.